Say what will you will about Virginia, but it has produced two things that have made this world a better place to live in… Gwar and Pat Burke. And while it is common enough to find a person who can’t or won’t appreciate the theatrical artistry that is Gwar, I am yet to have ever met a person (or even a person who has met a person) who doesn’t think Pat Burke is awesome. Everybody loves Pat.

There are several hits in the Big Pat-B discography that I indulge in regularly, with two freshies coming up in the past year to go along with his decade-overdue pro model. But the one that gets me grinning again and again is the 2013 stand alone gem that is Pat Burke & $lave.

Pat Burke is like a muppet on a skateboard. Arms akimbo. Sweaty hair flopping. He falls like a bag of laundry and it feels like that next slam is coming at any second, probably when he is not even trying a trick. Pat isn’t graceful. Pat is sloppy and silly and unpretentious. But God DAMN he seems like he is having a lot of fun. And Pat is having fun, I am having fun.

Pat Burke & $lave hits all the notes for a feel good make-you-wanna-go-skate track. It’s got great driving music (Going Down by Freddy King), some decent slams, some tricks that got away (the frontside 360 ollie heelflip!, or the frontside flip in the rain), and his nollie backside flips are just magnificent.

So get loose and get down with Pat. I guarantee you’ll feel good after watching this part. 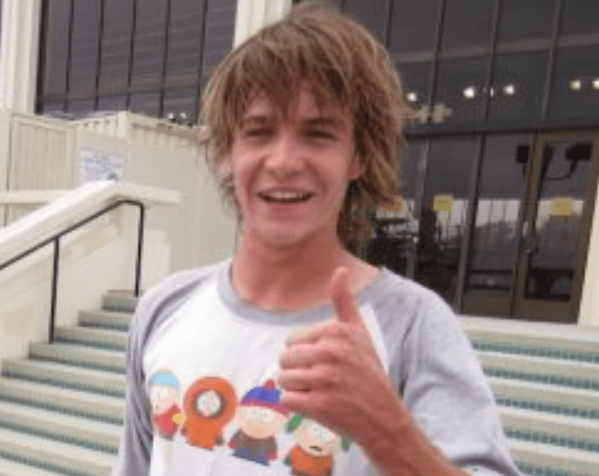 Fresh to the Zone

Search a Skater, Sponsor, or Year

I’m honored to be included amongst my favorite s

Some Mu$ka flips from Welcome To Hell.

Old 411 Birdhouse commercial at half speed.

I spent the weekend wrapping my brain around Tysha

Better luck next year, everybody.

Switch 360 into the Warm Up Zone where we count do

I dream of someday pushing with this much confiden

According to my research, Rodney Mullen debuted th

I had to grab an old Tom Penny clip